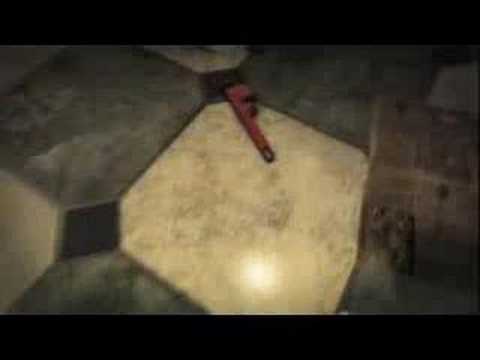 Plot:
Behold the great city of Rapture, an underwater utopia turned upside down by scientific indulgence, genetic warfare, and relentless insanity.  Rapture was a city constructed beneath the Atlantic Ocean, completed in the year 1946 by the magnanimous visionary, Andrew Ryan.  The city was built for the world’s elite to escape scientific and religious oppression and to experience unbound laissez-faire economics.  Ryan’s utopian vision soon crumbles under the pressures of corrupt black markets, gangsters, unsanctioned genetic experimentation, greed and gluttony. Fast forward to 1960, where players watch a man’s plane crash into the Atlantic Ocean.  Jack, the plane’s only survivor, must swim through the burning debris to make his way to a lighthouse which leads to Rapture.  In Rapture, Jack’s life is in imminent danger due to the thriving chaos around him.  His only hope is to work with Atlas and Brigid Tenebaum, a psychologist, to survive the haunted world and put an end to Andrew Ryan’s nightmare.

Cultural / Historical Value:
BioShock is the first game of the BioShock series.  Sequels to this game include BioShock 2 and Bioshock: Infinite.  The game was inspired by and is considered the spiritual successor to the System Shock series.  Despite its intensely violent content, Bioshock has been praised for its morality-based storyline.  This game explores Ayn Rand stylized objectivism mixed with raw horror, revealing a world of dark rhetoric to the extreme with intense graphics, innovative realism, and respective story telling.  Bioshock has been nominated for and won numerous awards due to groundbreaking plot and gameplay.

Teaching / Learning Characteristics:
BioShock has amazing graphics.  Very few games take place in underwater environments and this simulates what an underwater city might look and feel like.  The work that went into building this lifelike, but artificial, environment cannot be undervalued.  BioShock also discusses the implications of genetic manipulation and explores the possible consequences of unbridled scientific experimentation – forcing people to evaluate their own beliefs about this difficult subject matter.  Overall, the game is designed for entertainment, but offers the player some intriguing moral decisions to make, introducing ethics and philosophy into gaming.

Replay Value:
Depending on one’s choices throughout the game, BioShock offers several different outcomes or endings.  The goal of the game is survival, but in the midst of surviving our hero is given options to save others, choose sides, and determine the fate of Rapture.  This, coupled with the fact that BioShock is highly entertaining and fun to play, makes the replay value of the game high.

Likely Audiences:
BioShock, like most other first-person shooter games, has somewhat difficult controls.  Players have to keep track of numerous weapons and battle tactics in order to defeat various foes and puzzles.  Therefore, casual gamers might find this game too complex for them.  Those comfortable with first-person shooters and those who like dark, disturbing plots in the horror genre will like this game.  As expected, BioShock is incredibly violent and only appropriate for mature audiences.