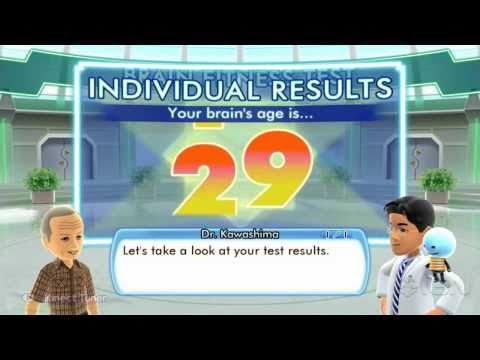 Review:
Body and Brain Connection is a fitting name for a game that combines puzzling with motion based action. It consists of a collection of fun and funky mini-games that work your noodle on several different counts. The better you do, the better your score or “grade”, and you will also unlock higher difficulties as you go along. It comes with a daily Brain Age test (made popular in previous video game franchises) as well.

The games are divided into five categories (math, logic, reflex, memory and physical) and are all pretty fun and challenging. NAMCO BANDAI’s Pac-man even makes an appearance in one of the games!

Plot:
There is no plot to speak of with this game, as it consists solely of mini-games.

Gameplay:
Use your arms and legs to point, select, hit, kick and position yourself accordingly.

Cultural / Historical Value:
This is another title in the always popular brain-training genre.  The game was released to mediocre reviews, with critics finding it relatively uninspired and shallow.  However, some critics thought that the use of Kinect was novel and allowed players to exercise and work their brain.

Teaching / Learning Characteristics:
Pretty much every game in this collection works your noggin in one way or another.

Replay Value:
Moderate replay value. Perfecting and leveling up in the games will take some time. Extensive downloadable content (DLC) is available.

Likely Audiences:
Kids and adults alike.  Anyone who wants to challenge both their brain (with brain training games) and their body (with exercise.