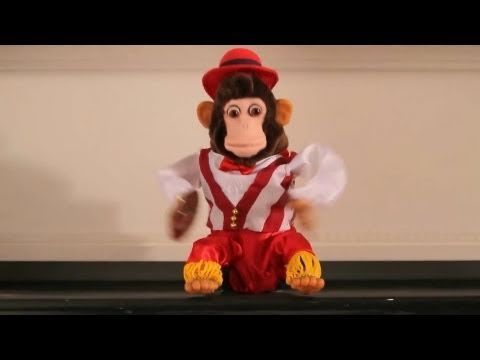 Review:
Carnival Games: Monkey See, Monkey Do! is the Kinect version of the Carnival Games franchise. It consists of 20 fair themed activities; some typical of what you’d expect to play at a carnival (such as a dunk tank and knocking over milk jugs), while other games take a more creative license (catching funnel cakes or mimicking some monkey moves). You can even purchase prizes and unlock real life avatar awards in this game.

While most of the mini-games in this collection are fun and well done, there are a few (like the ring toss game and Mars Lander) where proper tracking of gamers’ movement is a real issue. It seems like it would be a better game to rent than own due to its limited content and frequently pesky controls.

Plot:
This is just a game full of mini-games.  There is no plot to speak of.

Gameplay:
Use Kinect functionality to play through the games. All come with brief tutorials.

Cultural / Historical Value:
This is the first Kinect title for the Carnival Games series.  The game was released to a mixed reception, with critics complaining about the wonky controls but others stating that the game meets its target in that it is fun for children.

Teaching / Learning Characteristics:
There is not much to learn from this game.  All of the mini-games are motion based.  You could say that it teaches hand-eye coordination, except that the controls are frustrating and inaccurate – so it’s actually a lesson in frustration.

Replay Value:
There is not much replay value.  However, that being said, there are achievements for buying all the prizes, which will take awhile.

Likely Audiences:
This is a game that was meant for kids and they are probably the only ones who will really enjoy this game.