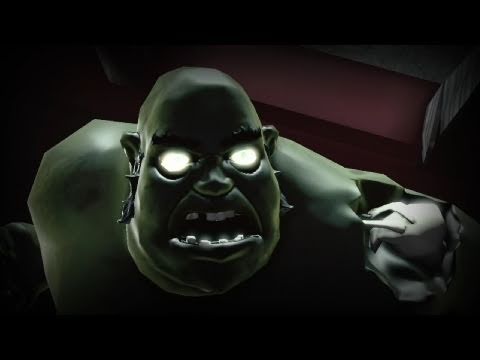 Review:
When it comes to popular supernatural entities, vampires seem to get more of the TV shows and zombies the video games. They’re not all one in the same, however. If you’re looking for a game where zombies are trying to eat your brain that’ll also work your brain, Dead Block is the perfect fit.

Each level in Dead Block has you trapped in some sort of building, be it a high school or house. To make matters worse, hordes and hordes of zombies always seem to find you pretty quickly. In order to fend them off, you have to gather items, set booby traps and “block” windows and doors (hence the name, Dead Block). To set up barricades, you must first destroy various pieces of furniture found scattered across your locale. Meanwhile, you must also hunt through junk in order to find things like keys that are necessary in beating a given level. It’s finding a balance between setting traps, barricading, avoiding/killing zombies and collecting items that makes Dead Block hectic yet engaging. You also have to watch out for and protect the A.I. players when going for the invincible medal.

Surviving the zombie apocalypse in each unique level means finding a certain set of items and/or killing a specific number of monsters. If you really want to challenge yourself, you can try shooting for the four different medals available in each individual stage.

Plot:
Dead Block takes place in 1950s America.  Hordes of undead are awoken by the power of the new style of music that is emerging on the scene: rock and roll.  Three characters are featured in the game: Jack Foster (a construction worker), Foxy Jones (a traffic warden) and Mike Bacon (a boy scout).

Beyond this setting, the game does not have a real plot.  It is simply a game of survival / tower defense – fending off the horde of oncoming zombies in order to survive.

Cultural / Historical Value:
This game was released to rather mediocre reviews, with some critics designating it as dull and boring and complaining about the lack of online multiplayer whereas others appreciated the game’s setting (50s Americana), pacing and replay value.

Teaching / Learning Characteristics:
Juggling multiple objectives requires strategy. Because it’s a tower defense game, you always need to be on guard for when your traps and blocks expire – thereby testing your time management skills.

Replay Value:
A fair amount of replay value. It’s a fun game to come back and play later on, and fully mastering each level will take some time.

Likely Audiences:
Fans of tower defense, strategy or zombie games may like this title.

One Response to “Dead Block”