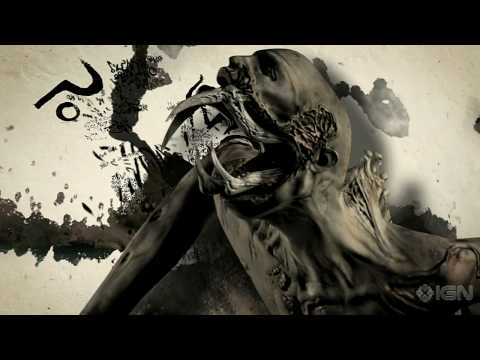 Plot:
Dead Space 2 is about Isaac Clarke, an engineer working to defeat an alien virus while struggling for his sanity.  Isaac was aboard a crewship, the Kellion, with his girlfriend, Nicole, responding to a distress signal sent from Aegis VII, where they encountered horror in action.  An ancient alien artifact, called a “marker”, had been discovered and was being mined before its mysterious properties took effect on the planet’s population.  The marker, for unknown reasons, began driving people crazy, prompting them to murder one another.  The corpses of the murdered are then rebuilt with the virus, turning them into “necromorphs” – advanced killing machines who kill more people and in turn create more necromorphs.  During the Kellion’s mission, Nicole succumbed to the marker’s influence and committed suicide.  Isaac then works to destroy the marker on his own, as the sole survivor of the Kellion’s crew, before he is interrupted by the necromorph of Nicole, who attacks him and knocks him unconscious.

Three years later Isaac awakes to chaos and confusion aboard a large space station surrounding Titan, one of Saturn’s moons.  Isaac has been treated with powerful memory suppressants from doctors that kept his exposure to the marker at bay – but with the emergence of a new marker and another outbreak of the virus causing corpses to reanimate into necromorphs, Isaac is no longer safe. His mind is plagued by the ghost of Nicole as he struggles to navigate his way through the space station and destroy the newfound alien Marker that threatens all of humanity.

Cultural / Historical Value:
Dead Space 2 is the second installment in the Dead Space series, which brought a new dimension to the survival horror genre.  Imagine playing a game based on the Aliens movies and you have Dead Space 2.  It spares no expense in bringing suspense and terror to the stage of videogames – and is unique in how terrifying the game is.  Game designers can look to this title to mimic how to create suspenseful, engaging, and truly horrifying game experiences.

Teaching / Learning Characteristics:
It would be a stretch to say that players will learn much from playing this title.  However, it is fast-paced and requires good hand-eye coordination.  There is little to go in the way of strategy, as more often than not, players are just trying to find enough ammo and shoot everything in order to stay alive.

Replay Value:
This game is intense, unrelenting, and exhausting on the nerves!  Because of this, I found it necessary to put it down from time to time despite how entertaining it is.  Once a player succeeds at the game, a “hard core” option becomes available on the difficulty settings.  In the “hard core” option, Isaac is spawned where he last intentionally saved his progress; furthermore, the player can only save 3 times throughout the game.  Dead Space 2 has a multi-player online option that creates virtually endless hours of gameplay.

Likely Audiences:
Anyone who loves survival horror games or zombies will enjoy Dead Space 2, as will fans of shooters.  This game is not for the faint of heart nor, obviously, young children.  The “Mature” rating is absolutely warranted. Those turned off by visually graphic gore and violence should stay away.