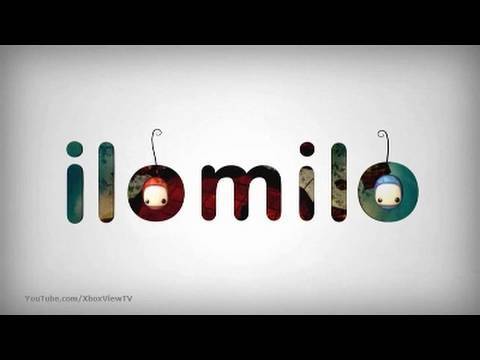 Review:
Ilo and Milo (full names: Ilona and Milton) are the best of friends. They seem to always have a long-distance friendship going on, though. In each level, it’s your task to pair these two pals back together by navigating them, one by one, through a crazy, upside-down world of colorful puzzles.

Ilo and Milo usually start each stage on opposite ends of each other. It’s your job to swap between the two, moving over cubes that abide by strict laws of physics, in order to finally meet these mates where you can. Cubes have to be manipulated to build bridges, set off switches, form elevators and more. Bonuses can be picked up along the way, although they’re not required to advance in the game.

I’m kind of surprised that Ilomilo won an award for Best Children’s Game, as the puzzles involved are certainly not child’s play. The frustrating difficulty at times is actually this game’s downfall. If you’re stuck, the game won’t lend much of a hand in helping you figure out what to do, and so you may have to resort to watching videos online to get through some of the later levels.

Plot:
All Ilo and Milo want to do is have tea in the park. Even the new cube types that get introduced have a charming backstory.

Gameplay:
Played using basic controls on the Xbox controller. You can either swap between characters or complete the story in co-op.

Cultural / Historical Value:
This game has won and been nominated for various awards, including some outside of the traditional award givers:

Teaching / Learning Characteristics:
Most of the puzzles will really work your noggin’, sometimes frustratingly so. A lot of the levels will be too hard for children (or the average adult, at that).

Replay Value:
You’re not likely to want to suffer through some of these puzzles a second time.