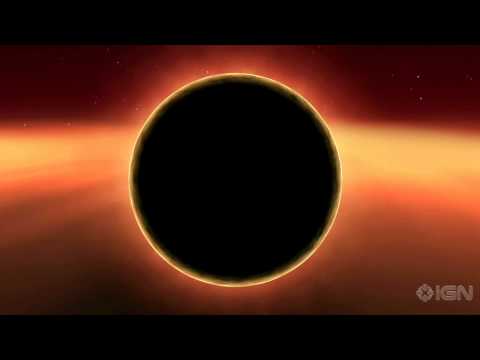 Plot:
Mass Effect 2 starts where the last game in the series left off.  While on a standard patrol mission, the Normandy is attacked by an unknown vessel, killing most of the crew and forcing survivors to evacuate.  Shepard, the main character of the original Mass Effect, is killed during this transgression.  His/Her body is recovered by a secretive corporation called Cerberus, lead by a mysterious individual called the “illusive man”.  This man then resurrects Shepard in order to place him/her in charge of a brand new Normandy to further the corporation’s agenda of intergalactic exploration and ensure human supremacy across the known universe.  Shepard’s first missions are concerned with exploring despondent human colonies.  He/She learns that the colonies are being attacked and the colonists are being farmed for unknown reasons.  It is up to Shepard to decide what to do about these tumultuous events and whether or not the Cerberus Corporation and the “illusive man” can be trusted in determining the fate of humanity.

Cultural / Historical Value:
This game is a continuation of the highly-lauded Mass Effect series.  This title is often cited as the benchmark for other RPGs in terms of story, character development, graphics, and sound.

Teaching / Learning Characteristics:
Mass Effect 2 uses a unique storytelling method, which allows players to make decisions that have consequences on how the plot unfolds.  Your choices affect whether characters live or die and impact the conclusion of the game.  These decisions will also impact the next installation of the series.  Game designers can look to the title to explore this type of storytelling.

The overall plot concerns the evolution of the human species, based on interstellar migration and the choices that we make.  Although it is not necessarily teaching morality, it allows players to explore different philosophies and test their own moral standing.

Replay Value:
As with most RPGs, this is not a title that you would want to play over and over again.  However, knowing that your choices affect the outcome of the game may entice players to backtrack or play the game again to see alternate conclusions.  There is also downloadable content (DLC) available that can add to the main storyline and game.

Likely Audiences:
Consistent with its Mature rating, this title is violent and not appropriate for young children.  Both fans of RPGs and Shooters will appreciate this game as will sci-fi aficionados.  Obviously, those who liked the first game in the series will find much to enjoy in Mass Effect 2.  However, one does not need to be familiar with the series or an experienced gamer to play this title as there are different difficulty settings.