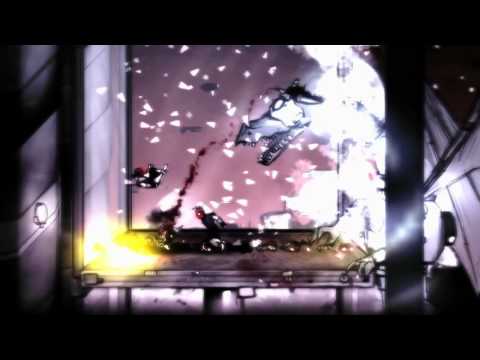 Review:
The Dishwasher: Vampire Smile is a black and white beat ’em up game where the visuals are as stunning as they are stark. It plays much like a trip through a horror movie, although the hand drawn nature of all of the characters keeps them from appearing too scary.

You can play as one of two heroes in Vampire Smile: The Prisoner or The Dishwasher (the latter being an actual person, not a kitchen appliance). You’ll get a different side to the same story with whichever character you choose. In either case, the action plays out like a ninja eluding his pursuers; you have to zing past zombies, bludgeon behemoths and beat out a series of other things that go bump in the night.

Some of the cut scenes when you take out an enemy are rather graphic, but comically so. There is a full range of weird weapons in your survival stash, from chainsaws to lightning bolt swords and giant needles. The overall goal is of, course, to make it to the next area alive.

The Dishwasher: Vampire Smile has a great co-op campaign and also a rich range of challenging arcade levels that have special limits (e.g., kills can only come from aerial combat). The main story mode plays fluidly, and its eerie nature is kind of like the car wreck you can’t seem to look away from.

Plot:
This game has a hard-to-follow storyline that has to do with world domination, frame for a crime, and lots and lots of violence.

Gameplay:
Use your controller to walk through a side scrolling asylum world, stopping to fight bouts of opponents and bosses as you go. You use different buttons to switch weapons and buy items.

Cultural / Historical Value:
This game was nominated for various awards and is the sequel to another well-regarded game.

Teaching / Learning Characteristics:
Not much, other than how to outwit your enemies.
Replay Value:
A dual story mode, five difficulty versions and lots of hard arcade levels makes for hours of play.

Likely Audiences:
Adults seeking a quality fighting game with a bit of a story. Due to the twisted nature of this game, kids should stay away.

Characters
The Dishwasher, The Prisoner