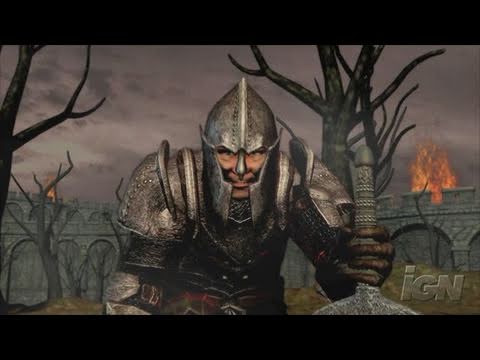 Plot:
The land of Tamriel is facing a dark age.  The emperor has been assassinated, and with no known heirs to inherit the throne and defend the realm, gates from a demonic place called Oblivion are opening all over the countryside. Dark forces and their soldiers pillage and burn unsuspecting towns and villages, threatening chaos and confusion for all futures’ history.  You are a released prisoner sent on a quest issued by the emperor’s final breaths to find an unbeknownst heir to the throne, close the Oblivion Gates, and save Tamriel from an endless age of darkness.

Cultural / Historical Value:
Oblivion has been nominated for and won numerous awards.  It is acclaimed for its stunningly realistic graphics and enormous open world content. This game is the fourth installation of the commercially successful Elder Scrolls series.  The game aims to blend realism with fantasy, illustrating the change from night to day, weather, realistic human and animal life forms as well as numerous fantastical and fictional characters.

Teaching / Learning Characteristics:
It is true that graphics have evolved since Oblivion was first introduced and that repetitive voice acting like that exhibited in this title are no longer an accepted norm, but Oblivion will always be a template for game designers to look back upon as a standard to uphold when considering the depth and possibilities of video game entertainment.  The scale and scope of this game, not only in terms of geography, but also available weaponry, accessories, and magical spells, provide players with challenges of navigation, memorization, strategizing, and even alchemy.

Replay Value:
Oblivion has virtually endless replay value.  The player creates his own character, choosing from a range of species devoted to their own characteristics and attributes.  Each time a gamer plays Oblivion he can recreate his character, choosing between human and beast-like creatures, and various skills, ranging from weaponry to sorcery.  Oblivion also provides players with downloadable content (DLC) that adds enormity to the already numerous missions and objectives a character can seek out while playing through the game’s main plot and storyline.

Likely Audiences:
There is a large amount of graphic violence in Oblivion – exacted both on humans and other creatures, including realistic wolves, dogs, mountain lions and other forest animals.  This may be disturbing for some players.  Consistent with its rating, Oblivion is for mature audiences. Obviously, fans of the previous Elder Scrolls installments will be interested in this title.   Although those interested in the fantasy genre may be inclined to try this game, the scope of it may be off-putting to more casual gamers.  Anyone picking up the game should understand how enormous and intricate the title is before investing themselves in it.