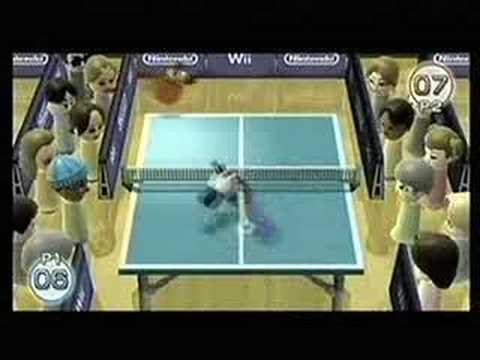 Review:
Wii Play is a mini collection of mini-games, and its main selling point when it first debuted is that it included a bonus controller. While Wii Play didn’t fare well with some critics, it still deserves a shot now that the price has significantly dropped and you can buy the game sans the extra Wiimote.

Wii Play contains nine games in all, which is a rather short list compared to the usual amount a typical Wii game is jam-packed with. The games it does have are all pretty clever and addictive, at least in my opinion. You start off with a Duck Hunt-esque shooting game and unlock the other options one by one as you go.

My absolute favorite game of the ones Wii Play offers up is the one called Find Mii. The goal is simple enough: go on a Waldo-style hunt for matching Miis in a crowd of several. The difficulty quickly ramps up, though, as your time continues to drain and you have to spot Miis in larger, fast-moving and darkened areas. Sometimes the task at hand is to determine the Mii that is not like the others, while another scenario has you remember a “favorite” Mii and find that chosen one a few levels later.

In addition to the target shooting I mentioned earlier, Wii Play has a couple other sports games in its collection. There’s a version of ping pong, pool, air hockey and even fishing to try your hand at. If you want more wacky and creative games like Find Mii, you can jump on a cow and get a moo-ve on in Charge! or contort yourself into colorful bubbles in Pose Mii.

While Wii Play is brief when it comes to the content, you really can’t beat the low price it sells for these days for a handful of fun mini-games that’ll keep your kids entertained longer than a movie will.

Gameplay:
Use the Wiimote to aim at targets (but don’t shoot the ones with your Mii likeness on them!). The directional pad drives tanks, while a flicking motion casts your rod and jumps over obstacles while riding a bovine.

Cultural / Historical Value:
Despite some poor reviews, Wii Play is the third best-selling Wii game of all time.

Teaching / Learning Characteristics:
There are no puzzles to solve in Wii Play, just quick moves to master. Some games test your observation skills.

Replay Value:
You’ll want to play the Find Mii game with a group for years to come. The other games, not so much.